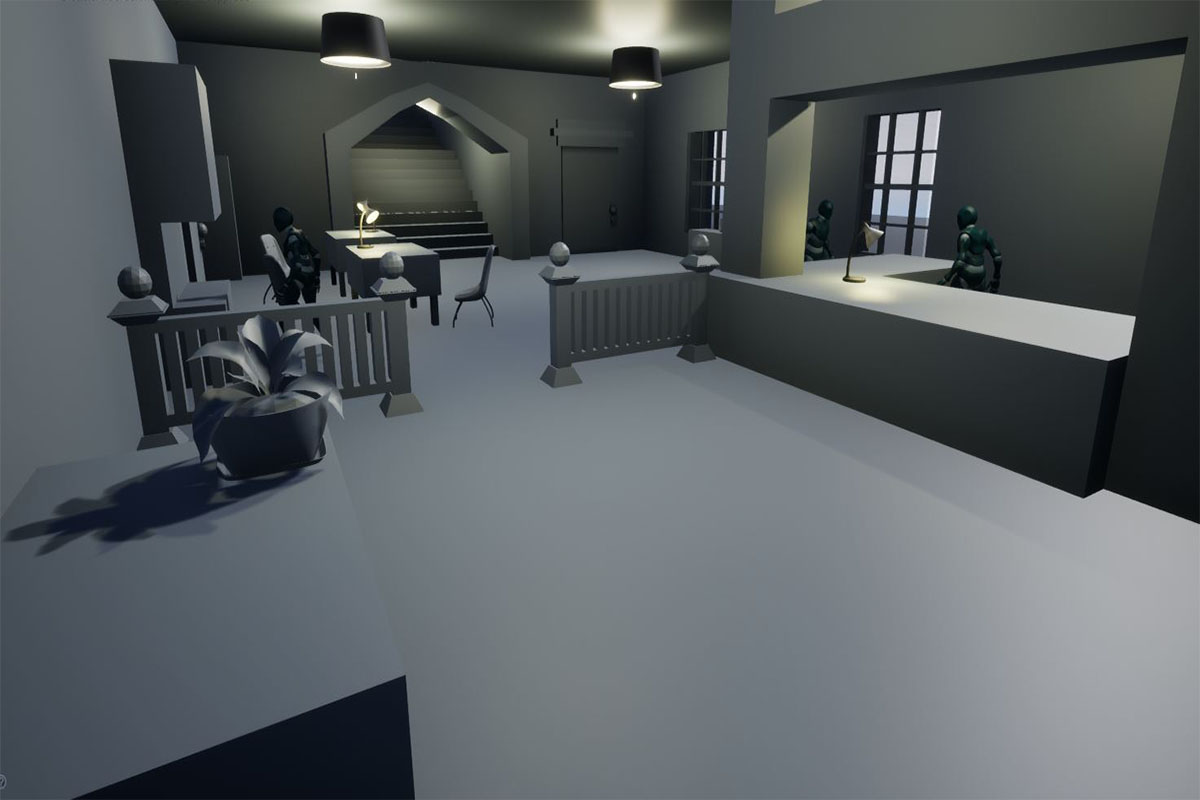 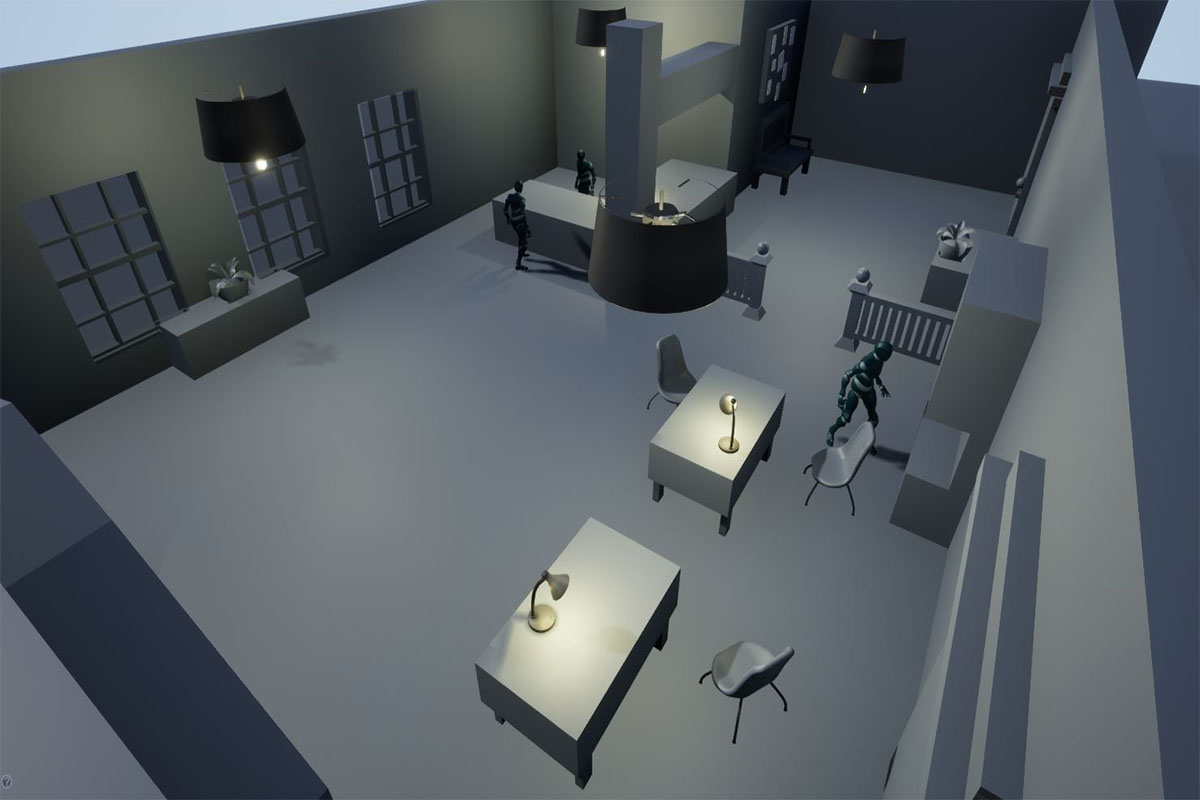 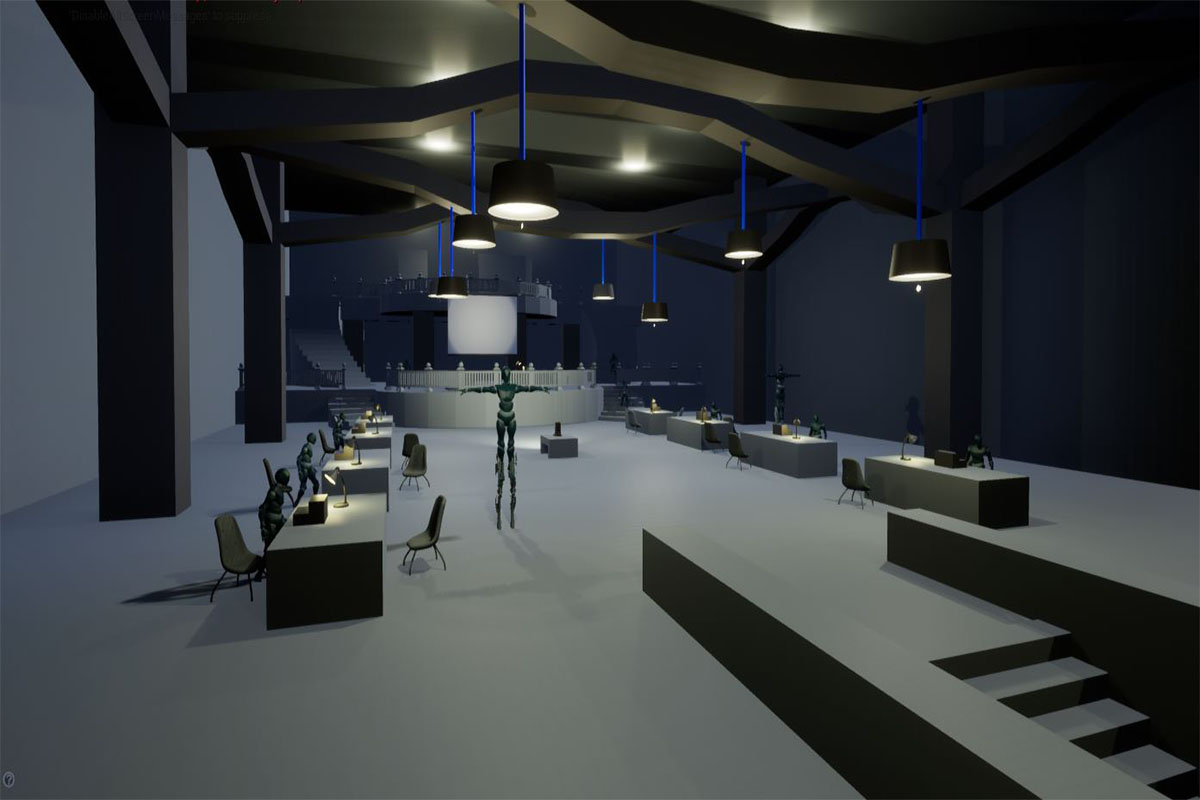 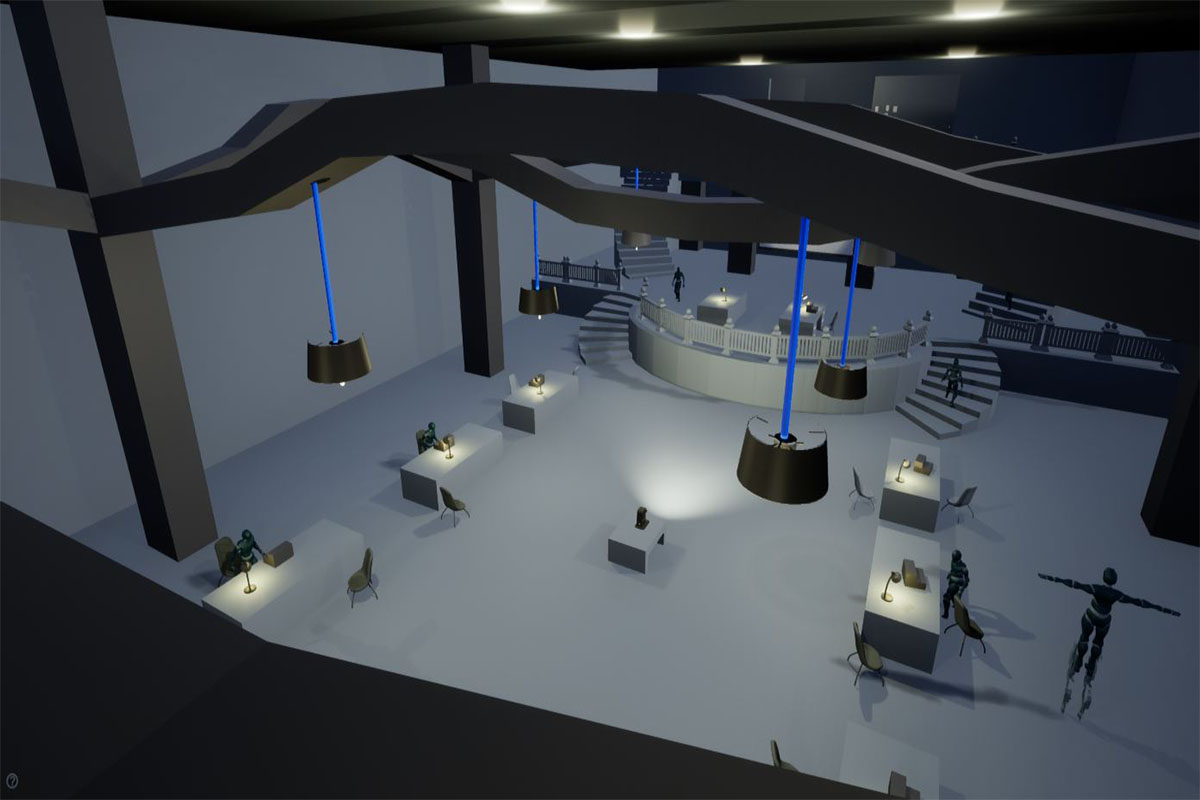 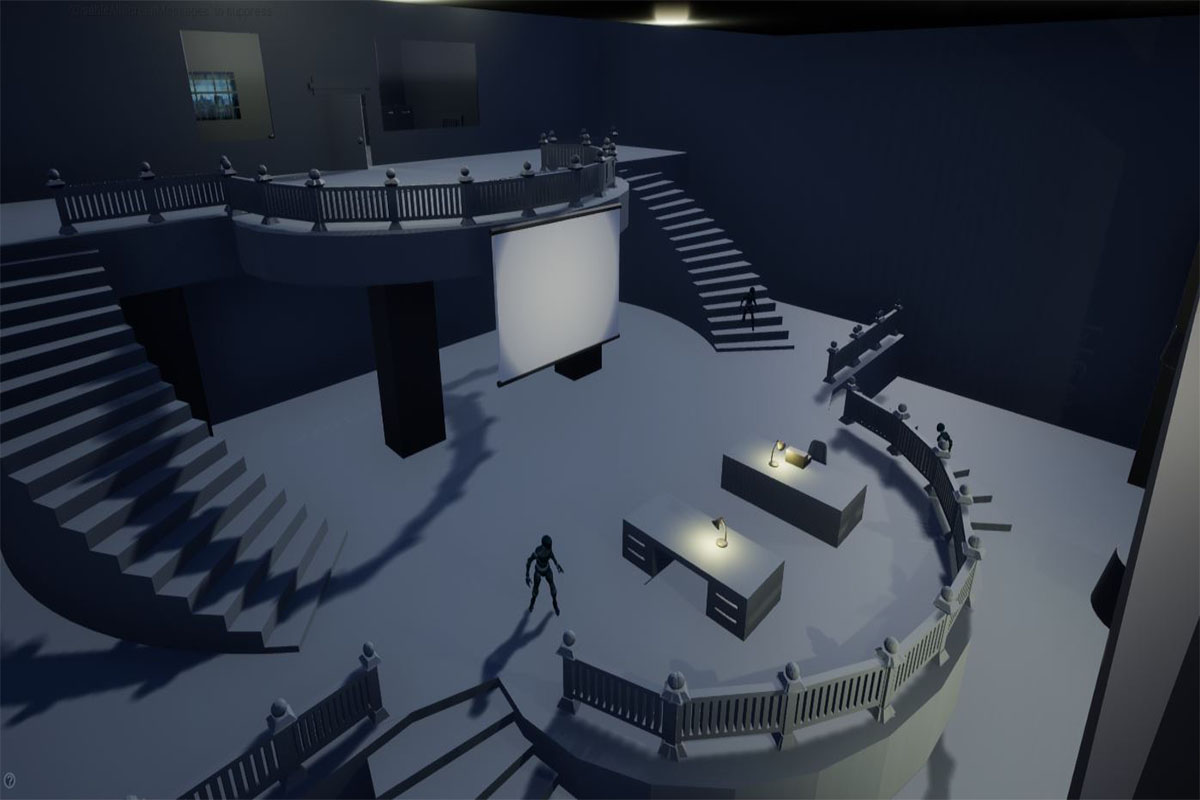 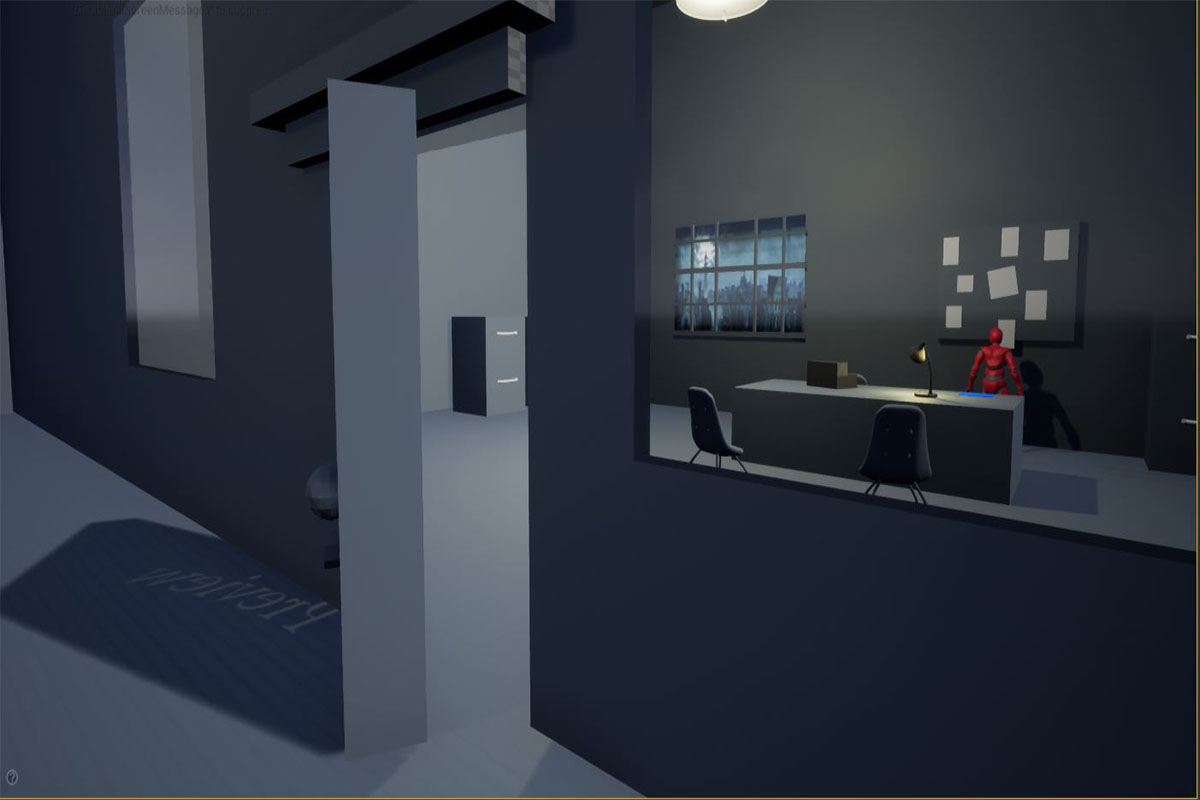 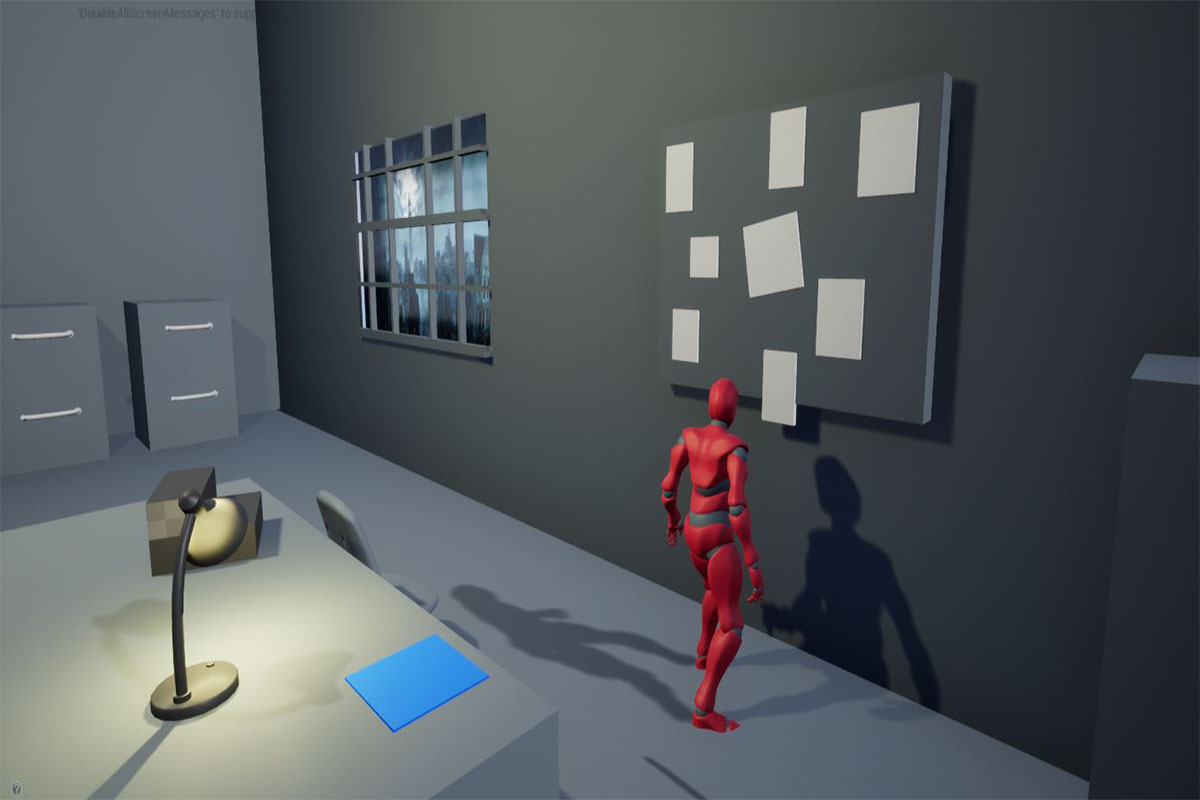 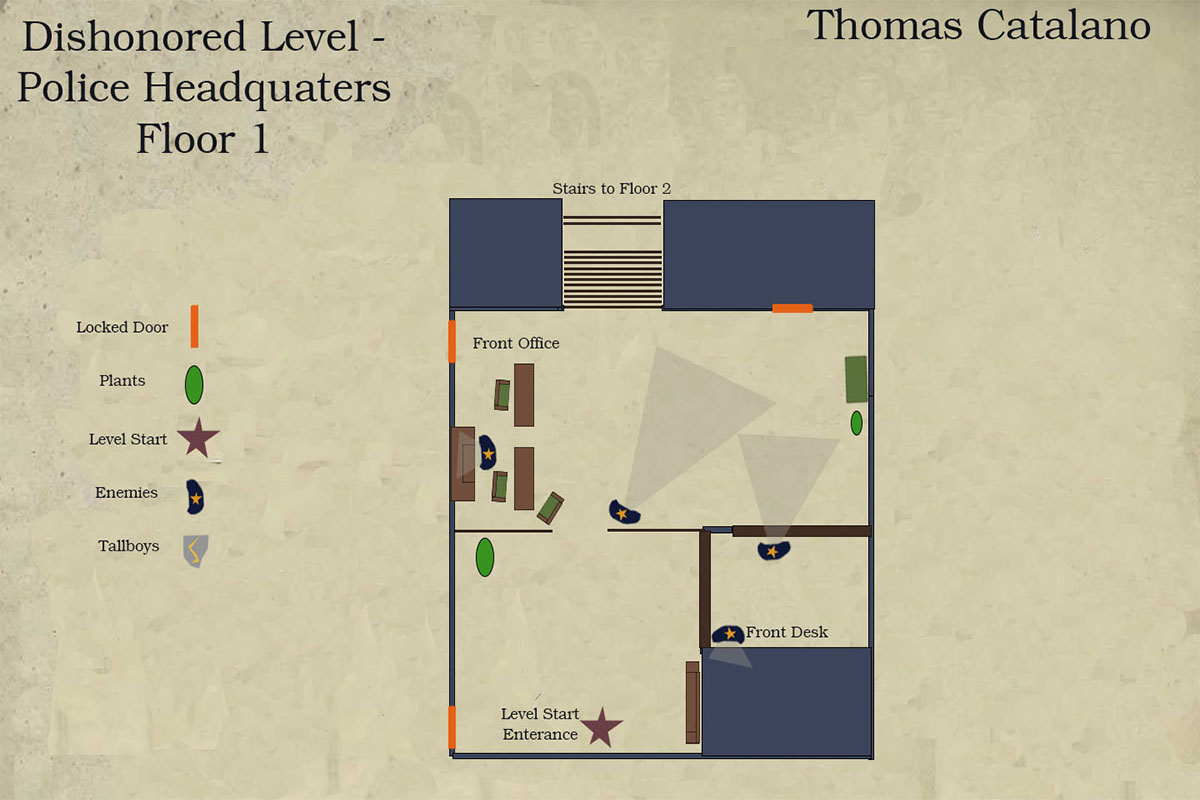 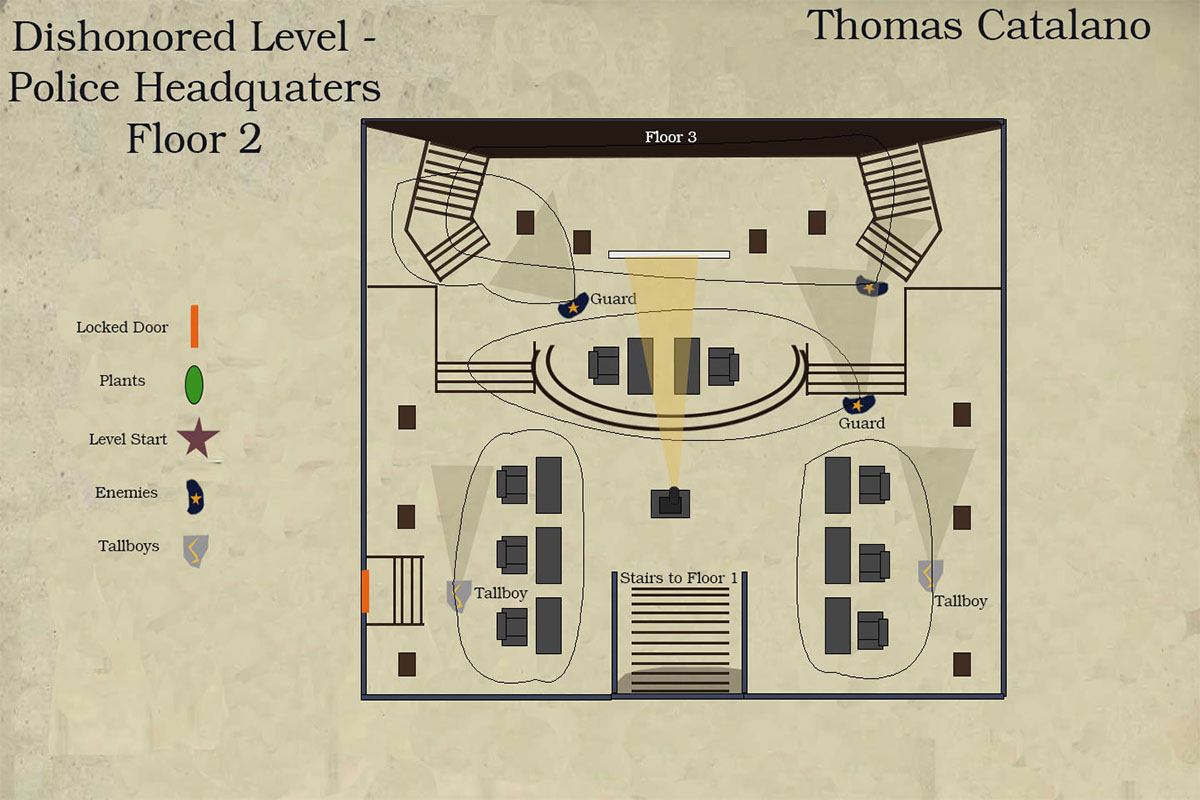 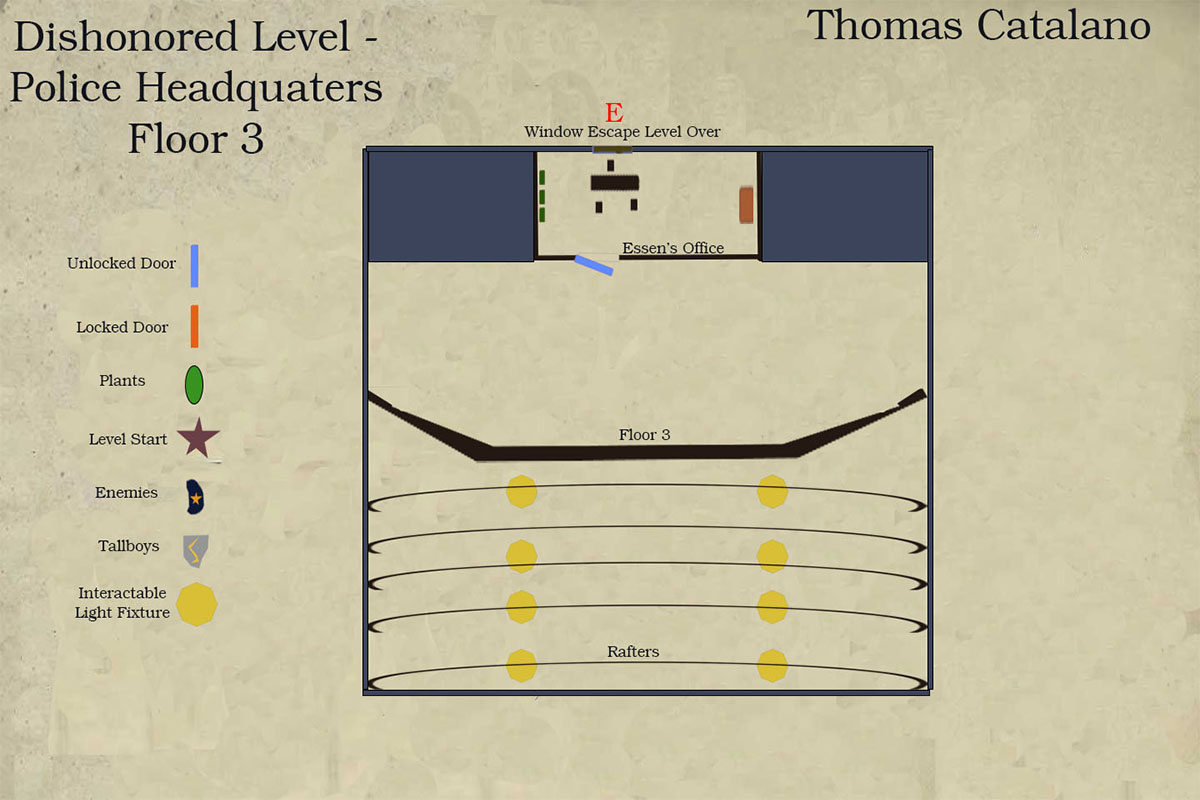 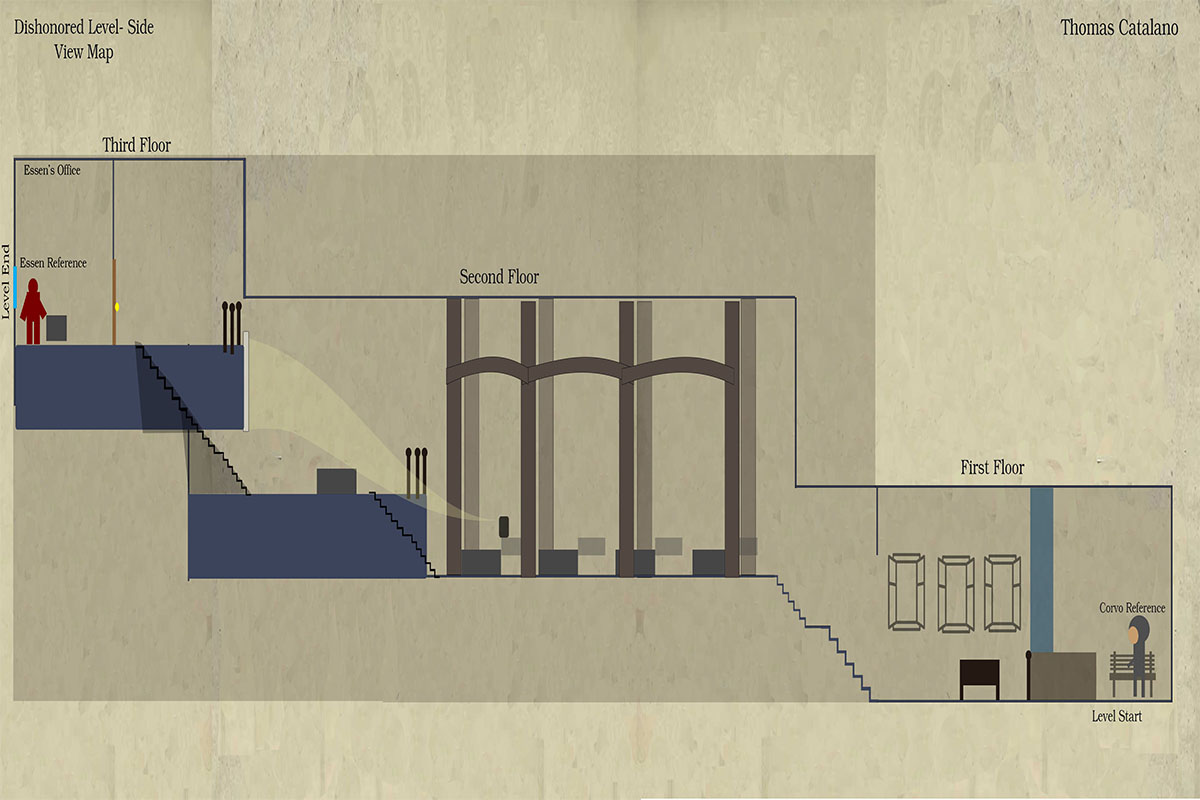 Essen’s Demise is a level design blockout set within the franchise and universe of Dishonored.  The protagonist, Corvo Attano, begins his revenge on those who framed him. But first, he must put an end to the corrupt police inspector, Nathaniel Essen. Essen, climbed the ranks of the police agency through acts of brutality and coercion. His means of corruption made him a puppet for those that pull the strings of Dunwall. Killing him would not only rid the police of a corrupted official, but send a message to those in charge that “they” are next in line. By whatever means, Corvo will make his way into the station, all the way to the third floor, enter Essen’s office, and execute him. Once dead, Corvo can find a ledger with the names of Essen’s employers. Finding those names is crucial to Corvo’s plan for revenge and possibly clearing his name for the death of the Empress of the Isles.

The environment remains consistent to the interiors seen in Dishonored 1 and 2. Remaining in the industrial city of Dunwall, the surroundings take much of their inspiration from London in the mid 1800s. Inside the police headquarters itself, much of the interior keeps the wooden or marble aesthetic. Although the first floor is a fairly limited space, the second floor opens up massively. This makes for a tricky situation for Corvo to sneak through, however the building’s low rafters make for an excellent teleportation spot for Corvo to move through the floor undetected. Once on the third floor, Corvo can enter Essen’s office and take him out. 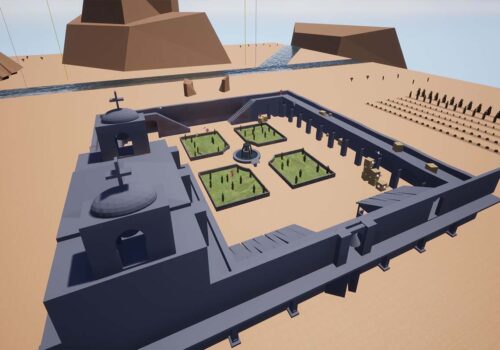 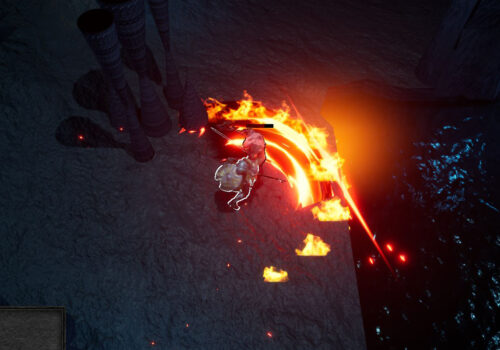 Soul Quest is a Top Down Action RPG inspired by the likes of Diablo and Path of Exile. The project was made over the course of a single semester for the Rapid Game Development...
2 0
Show Me More
April 24, 2014/Posted by: tomcat 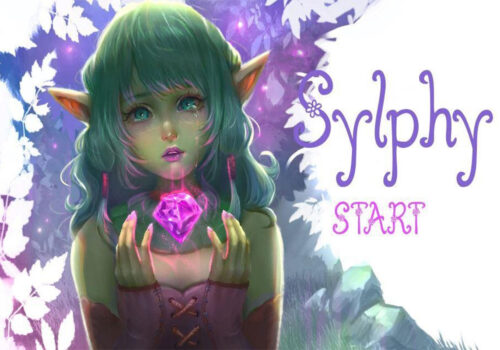 A Platformer-Puzzle game, set in a whimsical world of Forests, Fairies and Magic. You play as Sylphy, a wind sprite. And just like any wind sprite, you are gifted with the ability of flight....
1 0
Show Me More
October 24, 2014/Posted by: tomcat 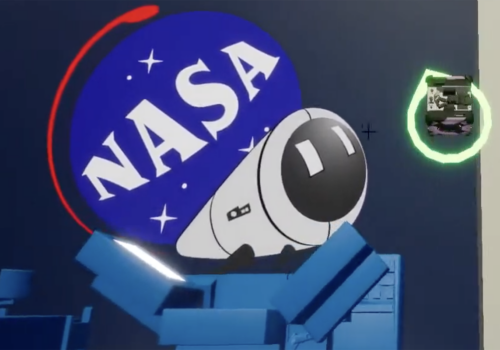 Pollen’s First Day is a collaborative project led by myself and Alvin Chan. The project was made over the course of a single semester and was later pitched to NASA at the end of...
2 0
Show Me More
January 3, 2015/Posted by: tomcat 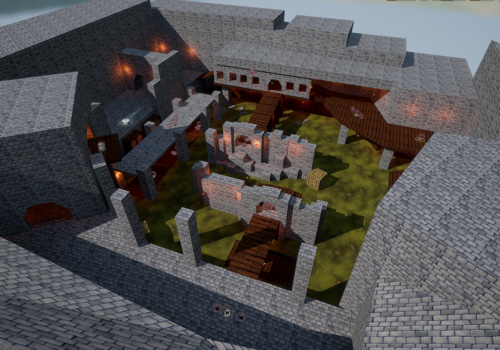 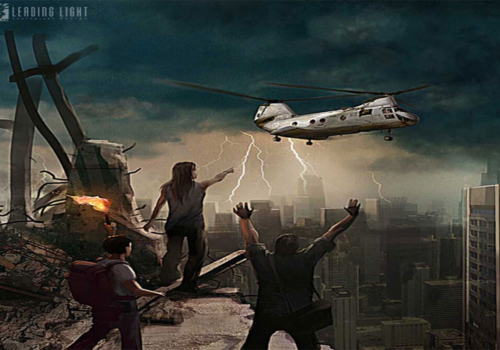 Full Narrative Design Document for a Zombie Survival Game. Contains story elements, character design and bios, enemy descriptions, and multiple descriptions of the settings within the game. This was a part of a semester...
3 0
Show Me More
September 24, 2014/Posted by: tomcat 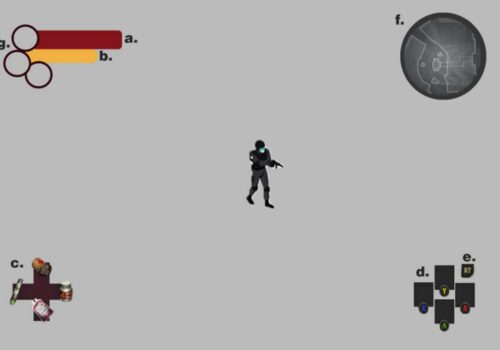 A Full GDD (Game Design Document), based on a Zombie Survival RPG. This covers the entire overview of the game's design and progression. The GDD also includes descriptions of four main classes, each with...
2 0
Show Me More

Once again a great freelancer complied with needs in every way. i recommend them 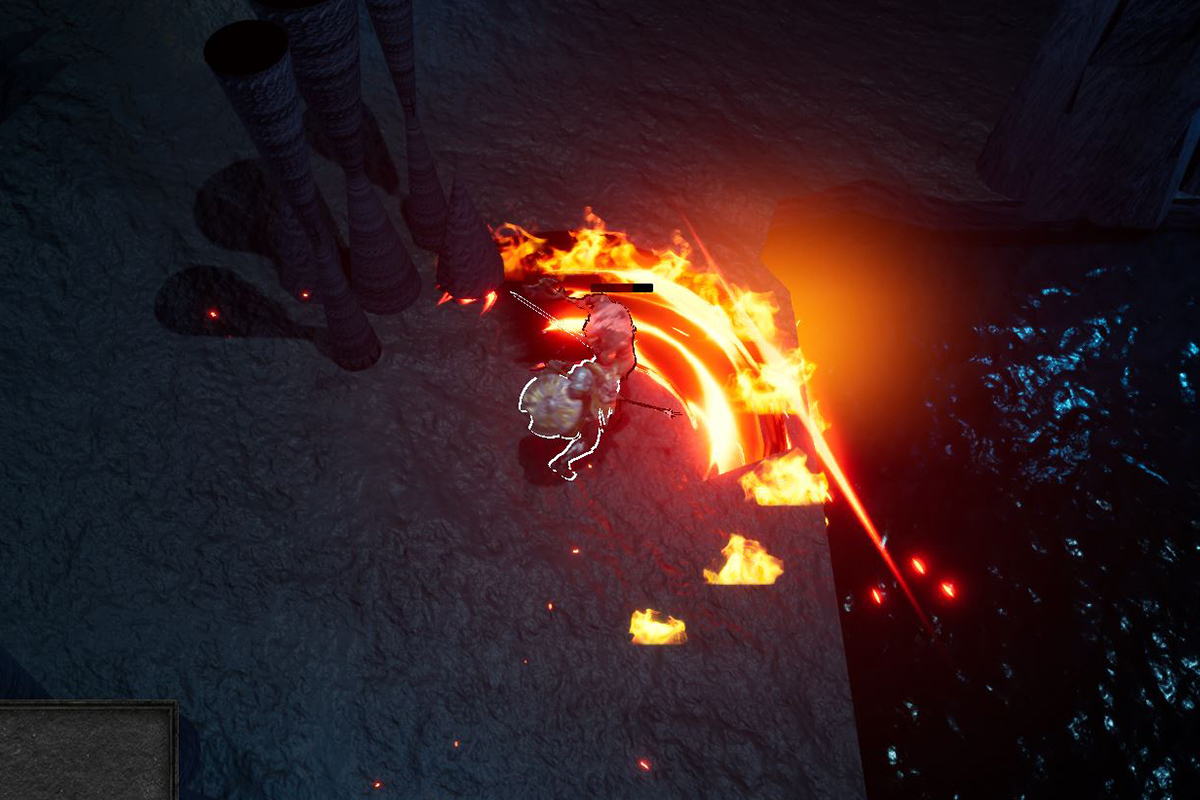 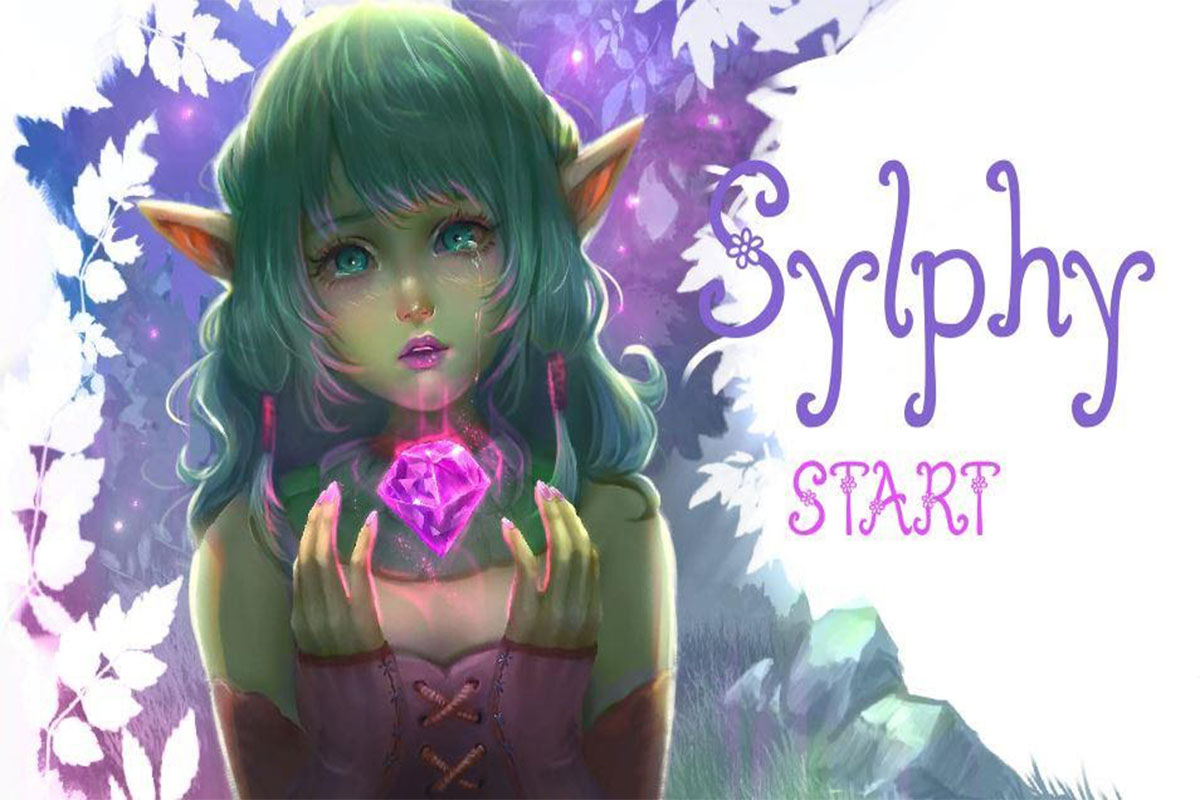